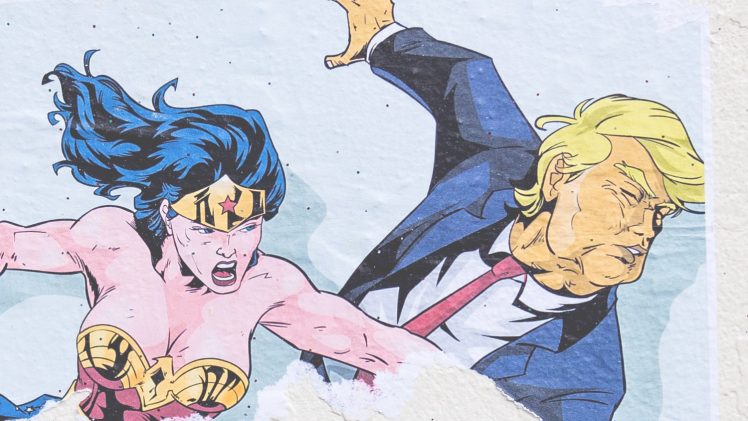 Who is Donald and how we got here

Donald Trump, the 45th President of the United States, has been making the headlines on a regular basis. From his frequent gaffes and slip ups to his unpredictable nature when talking to the media, he has certainly caused controversy on more than one occasion. Part of the problem is that he generally employs a garishly brash style that doesn’t seem to have much subtlety or nuisance to his words. He is very direct.

In his previous life as a business man, entrepreneur, and producing and staring in TV shows, namely The Apprentice, he has built up a reputation of being a straight-talking and no-nonsense person who can get the job done. Many voters liked his style. Unlike many other Presidents he has no military of government experience. He is also the oldest and wealthiest person to become President.

His use and knowledge of social media to directly communicate with the public is the first for a President. He often conducts state affairs using Twitter, causing some world leaders confusion. In his Nov 2018 trip to meet with President Putin of Russia he cancelled the meeting through Twitter despite agreeing to meet Putin jut an hour prior with reporters.

In addition to this, he has repeatedly attempted to show off his acumen, skill, and intellect – only to be laughed at. He posted the following on Twitter:

After having written many best selling books, and somewhat priding myself on my ability to write, it should be noted that the Fake News constantly likes to pore over my tweets looking for a mistake. I capitalize certain words only for emphasis, not b/c they should be capitalized!

With other users being quick to correct the President, even Merriam-Webster, makers of English dictionaries, took a jab and further highlighted the grammatical difference.

'pore over' 🔍"to read or study very carefully"

'comb over' 💇‍♂️"to comb hair from the side of the head to cover the bald spot"https://t.co/br20fgpmAb

Later, Trumps’s original tweet was edited and further mocking ensued. It’s quite clear that Trump is not a unifying figure and has created strong division during his presidency. That said, he is an effective speaker and has demonstrated many times through public TV debates he is able to handle a variety of arguments.

8 tactics Trump uses in his speech

Trump has called himself a genius on Twitter many times, but new analysis from factba.se, an online databse, has said that his spoken vocabulary and grammar is “significantly more simple, and less diverse” than any other President. In fact, they calculated his level to be that of a third to seventh grader – similar to a child.

So, if he did not become President from using eloquent language and witt, then how did he do it?

Trump’s argumentative style allows him to communicate ideas efficiently and with great speed. He often gets his point across by speaking louder than others and therefore control the debate and the path of discussion. He has repeatedly done so and as a result he has made others appear weak and doubtful. This strategy allows him to so dominance and that he is unwilling to be moved discretely.

During presidential debates with Hillary Clinton he frequently interrupted her and side-tracked her arguments. In one debate, Clinton was interrupted 25 times and therefore allowing the debate to descend into a bickering battle. This kind of behaviour is mainly designed to throw your opponent off their main line of thought and to disrupt their speech in flow. It’s highly effective as you opponent will be drawn into defending each new attack rather than returning to the original point. Given that Trump is apt at producing quantity over quality, it means he is easily heard and shape a conversation. He is famous in saying “wrong” and shaking his head while others speak – discrediting his opponents in real-time.

A technique he often combines with the first two makes for powerful rebuttals to statements. Repeating short phrases that are easy to absorb and carry the central theme of his message to allow everyone to hear it. Repetition allows his message the get through. When he is attending other debates and discussions he ensures that

Fake news. He constantly asserts that the news about him is false and that news organisations are misrepresenting him.

Amazing. A simple adjective that is used often to describe almost every part of his presidency.

Losers. From terrorists to his political opponents, ‘losers’ are the only way he can describe them. When talking about national security issues Obama and every other President were more detailed.

During debates, he has been asked many direct questions. Though these questions were relatively simple to answer, as it refers to key policy issues of health, education, national security, and so on, it was odd to see him turning to storytelling. Many of his interpretations and stories often avoid the main premise of the question. For instance, when asked about how he can reduce the racial divide in America during his first presidential debate, he opted for a story.

As you can see, instead of identifying the issue of America having a racial divide, which Obama did in his A More Perfect Union Speech, he instead dives into telling a story that doesn’t address any aspect of the question. He also does not commit to any statement and so, can not be argued with.

During the fifth debate, Trump and Jeb Bush were asking each other questions regarding national security and how terrorist should be treated. Naturally, this is a topic that is of great concern as the previous Administration continued the use of Guantanamo Bay, a US military base in Cuba. This base has been very controversial as the prisoners were not listed as Prisoners of War and were treated differently. That said, it is crucial that a solution to terrorism is found as it has eluded previous Administrations. The following is a transcript from that debate.

Trump: “I think Jeb is a very nice person. He’s a very nice person, but we need tough people. … Jeb said when they come across the southern border, they come as an act of love.”
Bush: “You said in Sept. 30th that ISIS was not a factor.”
Trump: “Am I talking or are you talking, Jeb?”
Bush: “I”m talking right now. I’m talking.”
Trump: “You can go back. You can go back. You’re not talking. You interrupted me.”
Bush: “Sept. 30th …”
Trump: “Are you going to apologize, Jeb? No. Am I allowed to finish? (Wolf Blitzer interjects) Excuse me, am I allowed to finish?”
Blitzer: “Go ahead, Mr. Trump.”
Trump: “So…”
Bush: “Little of your own medicine, Donald.”
Trump: “I know you’re trying to build up your energy, Jeb, but it’s not working.”

As you can see, precious time was wasted on who’s turn it was to speak instead of answering the question. Time wasting drama is a central theme of his speaking tactics.

Trump is very well aware of how appearances can change the tone of a debate. He often ridicules his opponents by trying to indicate how ‘out of touch they really are’. By doing so he is directly showing how much of a ‘regular guy’ he is and that he is more in touch with the desires and problems people care about. No other candidate has done this so often.

In every debate that Trump has been in he constantly cites polling numbers and figures to the masses and live audience members. In his eyes, at least, polling popularity is the ultimate authority and th deciding factor in who is the winner and loser in each debate. To further his aims he frequently mocks the audience for their bias. During the 10th primary debate, Trump said the following when discussing Obamacare:

I shouldn’t tell you guys, you’ll say it’s terrible, I have a conflict of interest. They’re friends of mine, there’s some right in the audience. One of them was just waving to me, he was laughing and smiling. He’s not laughing so much anymore.

When Trump uses this tactic he is attempting to lift the curtain and show the public the insincerity of others. A useful strategy.

According to the New York Times, Mr Trump has insulted more than 551 people and counting. His use of Twitter to reinforce his ideas in debates means that he is never really done with discussing an issue with anyone and that he is constantly seeking a way to undermine those who oppose him. Journalists are not free from his insults.

Calling people “crazy” is the easiest way to dismiss an argument without ever confronting facts or the truth. It allows his to slip away from answering any questions that makes him confront flaws or to establish his intent.

It’s certainly true that Trump is a figure who has great confidence and vigor when arguing with opponents. Further still, his use of social media is light years ahead of any of his peers and combined with slick slogans, catchphrases, and marketing tactics means he is able to turn the tide of public opinion towards him.

Some have said that his ability to speak unaided without a prompter is his main strength. Having this flexibility means he can become less rigid in how he advances his attacks and can simply focus on key phrases. That said there is confusion over who writes many of his speeches. It was initially said that his inauguration speech was his own, but it later turned out to have been written for him. Many months later confirmation was still lacking in who actually writes his speeches. The New York Magazine noting that some speeches “borne little resemblance to pattern or content to anything he ever said before”.

That said, who ever is the become the next President of the United States, let’s hope that don’t employ Trumpian tactics to get ahead. 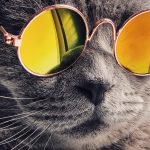 Previous Story:
Why I No Longer Use TES.com and Decided to Go It Alone 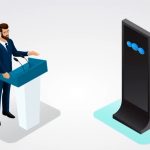 Next Story:
IBM Debater Project: Argue With a Machine?